The last week was insane. The market had a negative week; however, concerning the news, the week started with Janet Yellen’s government bankruptcy warning and President Biden’s bombshell „no compromise on debt ceiling“ comment.

This week is also quite significant. We have the PCE inflation, Q4 GDP Growth, and Services PMI data. So, let’s take a look at what happened last week:

The weekly performance of S&P 500 Stocks 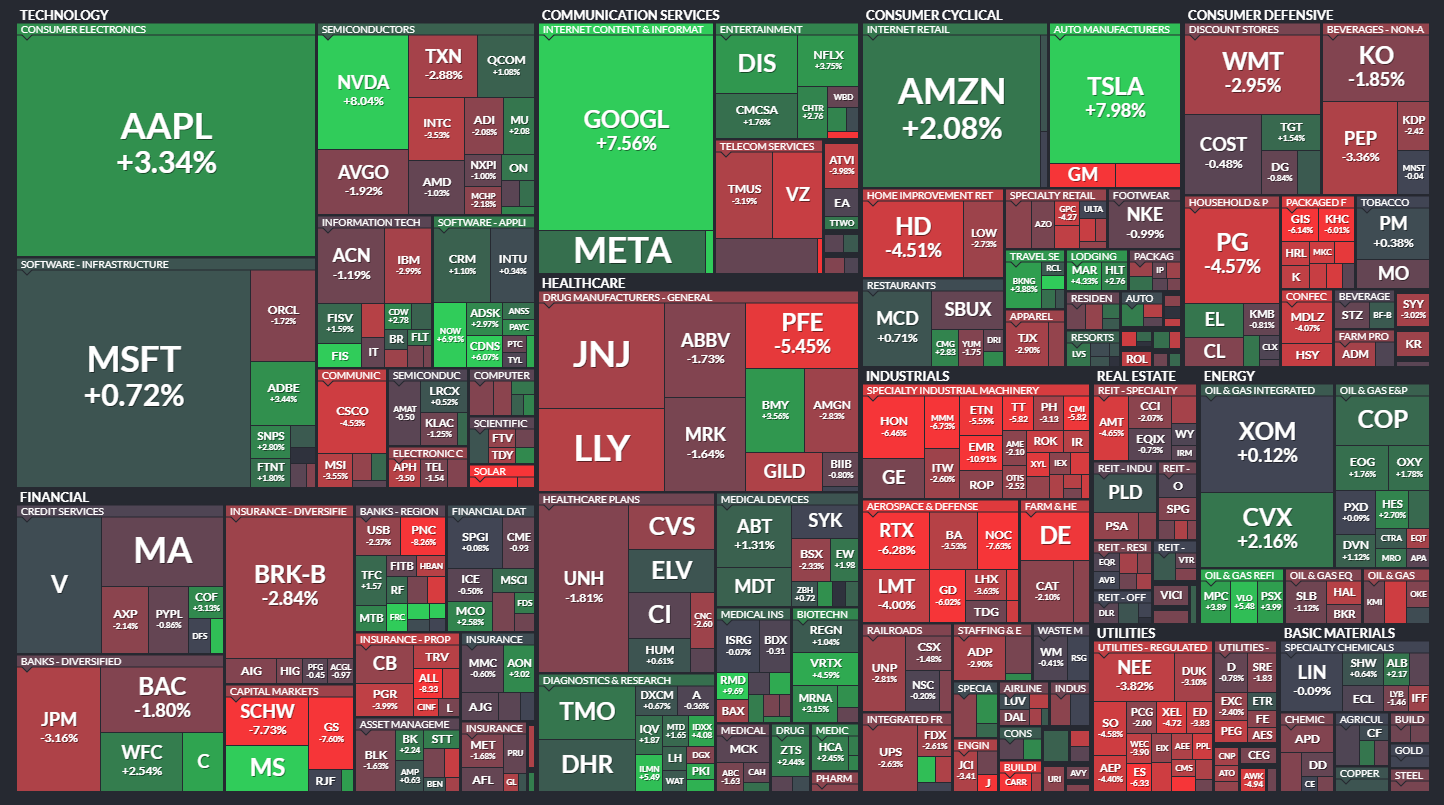 Let’s look at the most undervalued stocks listed on our website:

The main reason for the decline in Verizon stock was a decrease in the expected revenues and EPS (earnings per share).

The main reason for the decline in Southern stock was pretty much the same. Analysts expect SO’s EPS to drop 33.3% year on year.

TIL: What is the debt ceiling?

The debt limit is a cap on the total amount of money that the US federal government is authorized to borrow. It prevents the government from borrowing more than what Congress has determined and enforces restrictions on how much debt the government can incur. When the limit is hit, the Treasury Department can no longer increase the amount of outstanding debt and must rely on any cash on hand and incoming revenues to pay for its obligations. If the US Treasury exhausts its cash and extraordinary measures, the Federal government loses any means to pay its bills and fund its operations beyond its incoming revenues; thus declares bankruptcy.

We believe, next week will also be a consequential week.

Let’s not forget the tech layoffs; with the decision that came this week by Microsoft and Google, we saw how overstaffed the tech companies are. Here is a chart to see it: 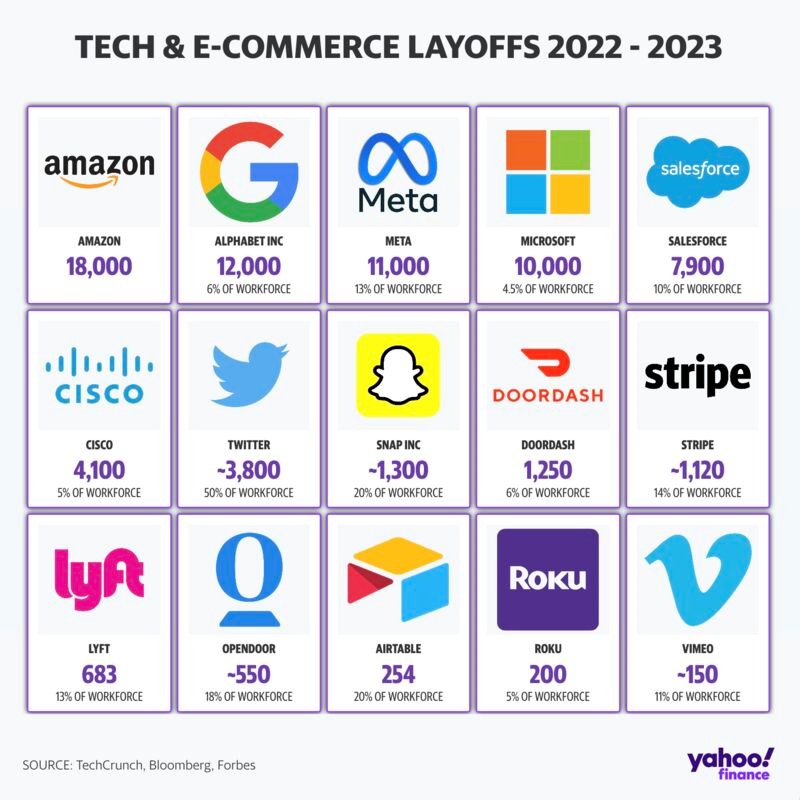 We will see how the investors will behave after the PCE inflation, Q4 GDP Growth, and Services PMI data.

The AP on the Street Yearly Recap ’22